I’m tired of listening to “fake news”, and “alternative facts”.

Fake news is a type of hoax or deliberate spread of misinformation, be it via the traditional news media or via social media, with the intent to mislead in order to gain financially or politically. Here is a helpful List of Fake News Sites.

And, I’m tired of listening to Donald Trump. Tired of having him dominate the news cycle with his diatribe. He is an egotistical, insecure, immature, blowhard who is making a mockery of the US Presidency. 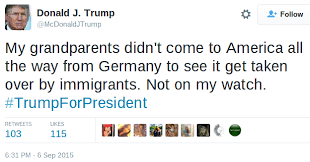 You see, I’m a news junkie.

There. I said it. And, I’m proud of it. I like listening to, and watching the news. All forms of news. Local. National. International. Every morning when I awake, I prepare a bowl of cereal, make a cup of coffee, and then turn the TV news on. For 60-90 minutes, I flip amongst stations while I enjoy my morning coffee. And, it doesn’t stop there. Most days, I stop into one of the local cafes for an afternoon coffee, and scone to read one of the local newspapers. And, whenever I’m near the local library, and have the time, I drop in to read an international paper, or cycling magazine.

I like to be informed, and have a particular interest in economic, and political news. But something has changed. I can’t stand listening to, or watching anything Trump. It’s disturbing, annoying, depressing, frightening, perplexing, threatening, unsettling, and vexing. Did I miss anything? Oh yeah. Most of what he says, or tweets, is incorrect or a lie.

In his defence, there may be an explanation for his unusual, erratic behaviour.

… psychiatrists are speaking out about Donald Trump’s mental health saying he shows signs of “malignant narcissism,” which is defined as a mix of narcissism, antisocial personality disorder, aggression and sadism …

This is controversial. Like everything Trump. Not all of the medical profession agrees. Personally, I don’t care. If there is even a smidgen of truth to this, the man is unfit to be President.

So, what can a news junkie like me do? I want to trust what I hear, and read.

I can stop listening to him. I don’t have to turn TV on in the morning. I have already closed my Twitter account. And, I can read the sports pages at the cafe, and cycling magazines at the library.

Those of you who follow this blog, know that I have a cottage in Ontario, and I spend several months there every year where there is no TV, or internet service. The services are available, but I choose not to subscribe. Instead, I cycle the quiet rural roads, work around the place, cook, read a lot of mystery novels, listen to favourite CD’s, and listen to local AM radio. During these periods, I have never missed TV, or ready access to the news.

This year, there will be no Trump.

CBC / Radio Canada stations must ensure that at least 50% of their Popular Music selections broadcast each week are Canadian content.

So, this morning, instead of turning on the TV, I listened to CBC radio, Canada’s national, public broadcaster. The broadcasts are free of advertisements, provide a balanced, impartial review of the news, and are committed to Canadian content. And, there are no visual distractions.

CBC/Radio-Canada’s mandate to inform, enlighten and entertain Canadians is even more relevant now, in a world of limitless global content, than it was when we were founded in the 1930s – at a time when Canada worried about a wave of American culture overwhelming our own unique identity.

I have turned CBC radio on, and Donald Trump off.